Community: Goodies from home coming soon to a supermarket near you – Azores 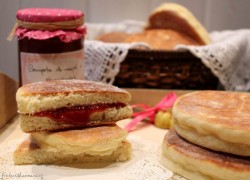 Azorean products will be featured in New England and Florida, in the United States, in a promotional initiative taking place between November 19 and December 31.

The promotion consists mostly of foodstuffs to be featured in several ethnic supermarkets in the East Coast, major importers of Portuguese products. It includes dairy products, preserves, jams, honey, tea, biscuits, diverse sweets, soft drinks and fresh fish, among others.

The initiative is sponsored by the Government of the Azores in partnership with the Chamber of Commerce and Industry of the Azores, and results from a visit by US businesses to the islands held last year.

The promotional effort aims to open new markets and increase exports of made in the Azores products to the United States, targeting Portuguese American consumers.

An advertising campaign featuring consumer products from the Azores will be also developed.