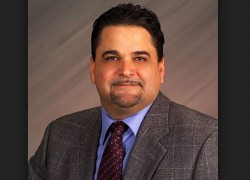 Former US Congressman Richard Pombo was appointed to the board of directors of the National Organization of Portuguese Americans (NOPA), the organization announced Tuesday.

Mr. Pombo’s role on the board will be to oversee and strengthen advocacy efforts on behalf of the Portuguese American community, NOPA’s announcement said.

According the NOPA’s prepared statement, Mr. Pombo, a rancher from the Central Valley of California, was first elected to the US House of Representatives in 1992 and represented California’s 11th District until January of 2007.  At the time of his election, he was the only Portuguese-American member of Congress.  Shortly after his election, he founded the Portuguese-American Caucus of the US House of Representatives for which he was awarded the Order of Prince Henry the Navigator by the President of Portugal.

During his service in Congress, he was able to work for better relations and cooperation between the United States and Portugal.  He helped to conclude a reciprocal tax treaty, vigorously supported Portugal’s inclusion in the visa waiver program and sponsored the House resolution supporting US participation in the World Expo hosted in Lisbon in 1998.  He also represented the US House of Representatives at the inauguration of President Sampaio is Lisbon in 1996, and brought numerous Congressional delegations to Portugal including one with then-Speaker of the House Dennis Hastert.

While a Member of the US House of Representatives, he served on the Transportation Committee, the Merchant Marine and Fisheries Committee, the Agriculture Committee and the Resources Committee. Mr. Pombo was an especially active member with his career culminating with service as the Vice-Chairman of the Agriculture Committee and Chairman of the Resources Committee. He was the key author of several pieces of legislation including reforms to the nation’s environmental laws, energy policy, Native American and Tribal issues, Farm Bill legislation, transportation and international policies.

Mr. Pombo also served as the Co-Chair of the Speakers Task Force on Affordable Natural Gas and is a past Chairman of the Western Caucus.  Mr. Pombo’s work on the protection of private property rights led him to author the widely reviewed book This Land is Our Land and to be a staunch defender of property rights on Capitol Hill. Mr. Pombo splits time between his ranch in California, where he and his wife, Annette, have raised their three children, and Washington, DC.

Mr. Pombo stated about his appointment: “I am honored to serve on the NOPA Board of Directors and excited about the ability to continue to serve the Portuguese American community. NOPA has the ability to fill a need and the vision to succeed and fulfill its mission.”

Questions can be directed to the National Organization of Portuguese Americans by contacting Mr. Francisco Semião at 703-389-3512 or fsemiao@nopa-us.org.