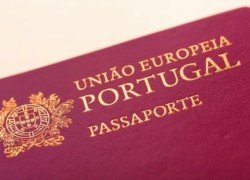 On 29 May 2015, the Portuguese Parliament had adopted an amendment to the Nationality Law, which granted citizenship to persons born abroad, if they were second-degree descendants of Portuguese citizens who have not lost their citizenship.

Under the newly approved Portuguese Nationality Act (Article 1, n. 1, paragraph d), persons born abroad with, at least, one Portuguese ascendant in the second degree of the direct line who has not lost this citizenship, are Portuguese by origin, provided that they declare that they want to be Portuguese, that they have effective ties with the national community and, once these requirements are met, that are only required to register their birth in any Portuguese civil registry.

The new citizenship bill will be applied retroactively, meaning that this new provision will also apply to the grandchildren of Portuguese nationals who were born abroad before the now approved Portuguese Nationality Act amendment.

The new registration procedure replaces the current provision of Article 6, no. 4 according to which a person who was born abroad and is a 2nd generation descendant of a citizen who has not lost his or her citizenship can acquire Portuguese citizenship by naturalization, without a residence requirement. The amendment still needs to be signed by the President before entering into law.

Over 5 million Portuguese nationals reside outside the country, mainly in France, Switzerland, Germany, Brazil, the United Kingdom, South Africa, Angola, Mozambique, the United States, Canada, Venezuela and Bermuda.  An estimated 1.4 million people in the United States claim Portuguese ancestry, according to the 2011 US Census. Portugal’s resident population is estimated at about 10 million.