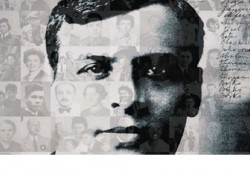 The Bristol Community College Holocaust Center and the Luso-American Center are presenting a conference, “Light in a Time of Darkness,” celebrating the life and work of Aristides the Sousa Mendes.

Sousa Mendes was the former Portuguese Consul in Bordeaux, France, who issued visas to WWII refugees, without regard to nationality or religion, saving thousands of lives including 10,000 Jews.

The event, free and open to the public, will take place on Friday, October 31, from 10am to 3pm, in the Jackson Arts Center Auditorium (H-building) at the Bristol Community College Fall River Campus (777 Elsbree St.).

Guest speakers include historian Douglas Wheeler, Professor of History Emeritus (University of New Hampshire) and Robert Jacobvitz, co-founder of the Sousa Mendes Foundation. The film “Disobedience: The Sousa Mendes Story” will also be shown at the event.

The conference is co-sponsored by the Luso-American Development Foundation (FLAD) as well as the Camões Institute, Portuguese Consulate of New Bedford, Jewish Federation of New Bedford, Bristol Community College and the BCC Multicultural Committee.

A free lunch will be served. Those intending to attend the conference are advised to contact Joanne Petrasso, 508.678.2811, ext. 2442, or email Joanne.Petrasso@bristolcc.edu