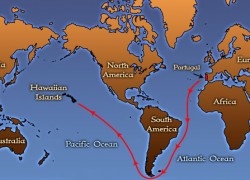 The Portuguese American community of Hawaii is celebrating the 140th anniversary of the arrival of the first Portuguese migration to the state in the second half of the nineteenth century.

The Government of the Azores will be represented by the Regional Director of the Communities, Paulo Teves, in the celebrations.

According to the program for the visit,  starting on Thursday  Paulo Teves visits the Portuguese Genealogical Society of Hawaii; the Brotherhood of the Holy Spirit of the Holy Trinity; and Hawaii’s Plantation Village, a historical museum featuring the Portuguese immigrant experience on the Hawaiian islands.

Also on Thursday,  Paulo Teves meets with members of the Portuguese community on the island of Oahu, namely with the President do Camões Portuguese Club Hawaii, Josephine Carreira; the President of the Brotherhood Punchbowl Holy Ghost, Evelyn Starkey; and Paul Chandler, the head of the Department of Languages ​​and Literatures of Europe and the Americas at the University of Hawaii.

On Friday, Paulo Teves will lecture at  Department of Languages ​​and Literatures of Europe and the Americas at the University of Hawaii, on the topic of ‘The Azores and the Diaspora’ followed by his participation on the 35th anniversary celebration of the Portuguese Chamber of Commerce of Hawaii. 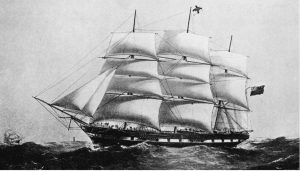 The British ship Suffolk in 1881 delivered 488 Azores Islanders to Hawaii.

In this trip to Hawaii, Paulo Teves will be also attending the premiere of the documentary ‘Portuguese in Hawaii’, directed and produced by Nelson Ponta Garça, which had the support of the Government of the Azores as part of the commemorations.

On the last day of the visit, the Paulo Teves participates in the ceremony of launching the first stone of the Cultural and Educational Center ‘Saudades, The Longing’, promoted by the Chamber of Commerce of Hawaii. The ceremony is followed by a reception with the local Portuguese American community.

In the last quarter of the 19th century, many thousands of Azoreans and Madeireans migrated to the archipelago of Hawaii to work in the sugar cane plantations, coffee plantations, sweet potato plantations and fruit crops. The Portuguese migration to Hawaii ended in the first decade of the twentieth century, where the Portuguese cultural and historic legacy remains visible to this day. Pukīkī is the Hawaiian word for the English word “Portuguese”.