Comment: Portugal is a place of peace – by Len Port 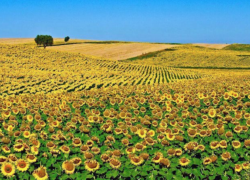 The 2020 Global Peace Index just released reveals that Portugal remains one of the most peaceful countries in the world.

This latest, highly-respected index indicates that conflicts and crises that emerged in the past decade have begun to abate, only to be replaced with a new wave of tension and uncertainty as a result of the COVID-19 pandemic.

Iceland is still the world’s most peaceful country, a position it has held since 2008. It is joined once again at the top of the peace list by New Zealand, Portugal, Austria, Denmark.

Portugal maintains the number three position it had last year.  Canada is rated 6th, the United Kingdom  42nd and the United States 121st.

For the second year in a row, Afghanistan is named as the least peaceful country, followed by Syria, Iraq, South Sudan and Yemen.

This is the 14th edition of the annual report produced by the Sydney-based Institute for Economics and Peace, the world’s leading analyst of peacefulness. This report is the most comprehensive of its kind to date, ranking 163 independent countries and territories.

It covers 99.7 percent of the world’s population, using 23 qualitative and quantitative indicators from highly respected international sources. It measures the state of peace across three domains: the level of Societal Safety and Security; the extent of Ongoing Domestic and International Conflict; and the degree of Militarisation.

This latest report includes an analysis of the effect of the COVID-19 pandemic on peace.  It examines how the impact of the pandemic  – in particular its economic consequences – will increase the risk of severe deteriorations over the next few years. It also examines which countries are best placed to recover from the pandemic shock.

The 2020 index shows that the level of peacefulness has deteriorated globally by just 0.34 per cent, but this is the ninth deterioration in the last twelve years, with 81 countries improving, and 80 recording deteriorations over the past year.

We now live in a world in which the conflicts and crises that emerged in the past decade have begun to abate, only to be replaced with a new wave of tension and uncertainty as a result of the COVID-19 pandemic, according to the report.

It also looks at the trends in civil unrest over the past decade and finds that there has been a sharp increase in civil unrest events since 2011. More than 96 countries experienced at least one violent demonstration in 2019.

Europe has had the largest number of protests, riots and strikes over the past decade, but sixty-five per cent of the civil unrest events in Europe have been non-violent.

Portugal has made huge strides in peacefulness since its international financial and bailout crisis in 2014 when it was ranked the world’s 18th most peaceful country.

The 2020 Global Peace Index document can be consulted here.

Updated to include: Portugal maintains the number three position it had last year.  Canada is rated 6th, the United Kingdom  42nd and the United States 121st.