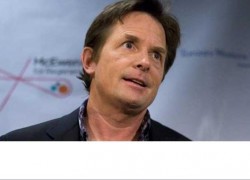 The Michael J. Fox Foundation (MJFF), dedicated to founding research for the cure of Parkinson’s disease, has awarded the University of Coimbra, Portugal with a $250 thousand research grant.

Pledged last year, the “Rapid Response Innovation Award” will fund the work of Portuguese researchers Carlos Palmeira and Rodrigo Cunha affiliated with the Center for Neurosciences and Cell Biology of the University of Coimbra.

Rodrigo Cunha is an Associate Professor and researcher at the Faculty of Medicine and director of the Department of Neuropharmacology of the Center for Neurosciences of the University of Coimbra. He has published over 130 papers and is also a member of Steering Committee of the European Neuroscience Campus (ENC, first European PhD program in neurosciences) and European Neuroscience Institute Network (ENI-Net). He holds a PhD in Biochemistry (Pharmacology) from the University of Lisbon, Portugal.