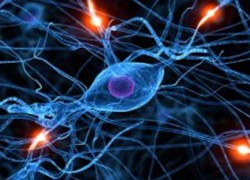 A team of researchers from the Center for Neuroscience and Cell Biology (CNC) of the University of Coimbra, Portugal  have identified an “bnormal presence of autophagic vacuoles is evident in brains of patients with Parkinson’s disease (PD), in contrast to the rare detection of autophagosomes in normal brain.”

In a study published by Human Molecular Genetics, research results strongly support “a direct impact of mitochondria in autophagy as defective autophagic clearance ability secondary to impaired microtubule trafficking is driven by dysfunctional mitochondria.” The researchers believe that they have uncovered “mitochondria and mitochondrial-dependent intracellular traffic as main players in the regulation of autophagy in PD.”

Parkinson’s disease (PD) is chronic and progressive movement disorder, which symptoms worsen over time. Although the cause is unknown, and there is presently no cure, there are treatment options such as medication and surgery to manage its symptoms.

The Center for Neuroscience and Cell Biology (CNC) a research institute committed to excellence in Bioscience and Biomedicine. It was the first Associated Laboratory in Portugal, and is part of the Network of European Neuroscience Institutes (ENI). The CNC works in collaboration with the Massachusetts Institute of Technology (MIT) and Harvard Medical School (HMS).