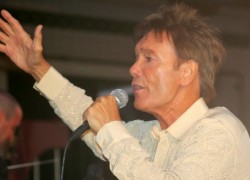 Seventy-three-year-old ‘bachelor boy’ Sir Cliff Richard was in top form with a voice as strong as ever when he entertained a special gathering at his winery in the Algarve.

The fund-raising event was in memory of Peta Birch, founder of a charity that helps support children and animals. Before tickets went on sale, the organizers anticipated a crowd of about 50. Close to 500 turned up.

The concert began in full sunlight with a performance by the Suoniamo Italian youth orchestra whose repertoire included big band jazz classics and pieces from the musical Phantom of the Opera. 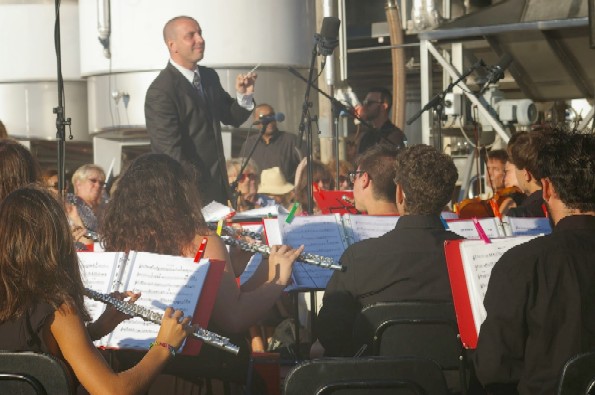 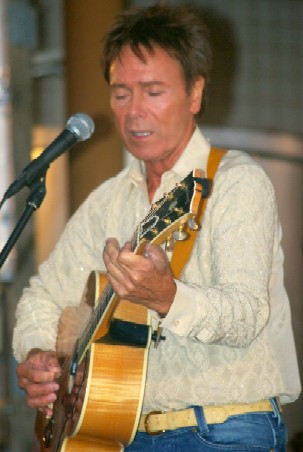 Cliff Richard performs in the Algarve

After sunset, Sir Cliff turned up in jeans and spoke highly of the orchestra, jesting that they must be older than they looked. He then picked up his guitar and gave a cheeky and cheery solo performance starting with Move It, his first hit, recorded in 1958.

This was followed by Living Doll and a string of other old favorites that had septuagenarian women in the audience wiggling and giggling with delight. After a career spanning more than 50 years and with record sales estimated at 250 million, the old rocker still has it in spades.

The money raised by the event will be used by the Peta Birch Community Association, a family continuation of the charity Peta Birch ran with tireless enthusiasm and dedication before her tragic death last year in a car accident.

Sir Cliff has owned a holiday home in the Algarve since 1961. During his annual summer visits he takes a close active interest in his own vineyard and the Adega do Cantor (cellar of the singer), which he jointly created with Nigel and Lesley Birch. This year, the adega’s 11th year of production, it will again market red, white and rosé wines in Portugal and export to several countries in northwestern Europe.