Class of 2013: 70% of university graduates plan to move abroad – Portugal 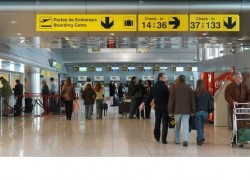 Students in the areas of engineering, technology, architecture and the arts are among those who have indicated they intend to move abroad after graduation.

As the labor market has been hit by the deepening economic recession and unemployment hits new lows, the number of Portuguese young professionals heading to former colonies of Brazil, Angola and Mozambique has increasing sharply.

The trend has accelerated after Portugal negotiated a 78 billion euro bailout with its European partners to meet its public finances commitments.

Portugal was the third euro zone country to seek a bailout after Greece and Ireland. Economists have been warning that, due to the worsening of the recession, Portugal may need additional international funds to meet the fiscal goals set in May by the European Union and the International Monetary Fund.

Os Donos de Portugal (In Portuguese) Part I of 6