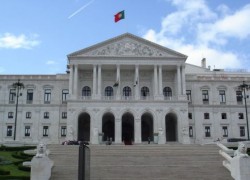 Portugal’s parliament is debating new procedures to amend its Nationality Law. If approved, anyone born in Portugal will gain jus soli or the right to citizenship, including the children born in the country to immigrant parents.

Proposed by the governing Socialist Party, in coalition with the Communist Party, the measure will amend the current Nationality Law which only grants citizenship to children born in Portugal to immigrant parents after parents demonstrate to have lived legally in the country for at least five years.

If approved, the bill will require the minimum of two years of legal residence for parents. The bill also requires the knowledge of the Portuguese language for naturalization.

The argument is that Portugal is simultaneously a country of “emigration and immigration” and therefore should consider “legal protection and access to nationality of people who have chosen to live their lives in Portugal by working, starting a family, meeting their obligations and contributing actively and positively to the country’s development.”

According to the study, Migrations and demographic sustainability, to keep the current working population, Portugal needs 75,000 new adult immigrants a year, while trying to stop the departure of working age Portuguese, especially young people. The study conducted by the Francisco Manuel dos Santos Foundation, was presented recently at the University of Lisbon. The population of Portugal is currently (2017) estimated at 10,264,797, negative 0, 38%. Last year the number of requests for Portuguese citizenship reached a seven-year peak of 35,416 applicants.

In April 20, Portuguese legislators had also submitted bill to grant citizenship to the grandchildren born abroad to Portuguese citizens. The bill was just promulgated on June 10 by the President of Portugal Marcelo Rebelo the Sousa.

To be eligible, the grandchildren born abroad to Portuguese citizens need to demonstrate “real ties to the national community” and manifest their will “to be Portuguese” among other requirements.

They will be required to “register their birth in the Portuguese civil registry” and demonstrate “having not been convicted, with a final and non-appealable sentence, for a crime punishable by a maximum prison term of three years or more.”

Other requirements may include proof of legal residence in national territory; regular traveling to Portugal; owning or leasing property in the country for more than 3 years; regular participation in the cultural life of the Portuguese community in the country of residence, including participating in the cultural and recreational activities of Portuguese social associations.

The recent study, Emigration: The Diaspora of the Portuguese, conducted by Observatório da Emigração, has revealed that currently the total number of Portuguese living abroad, up to the third generation, is estimated at about 31 million. Accordingly, 10.8 million live in Brazil; 9.31 million in the US and Canada; 3.19 million in Africa; 154,800 in Asia; 7.54 million in Europe and 193,360 in Oceania.