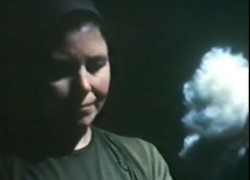 The Boston Portuguese Festival (BPF), in partnership with the Consulate General of Portugal in Boston and the Harvard Film Archive, is presenting a retrospective of Portuguese classic cinema featuring the work of António Reis (1927-1991) co-directed with his wife Margarida Cordeiro.

The screenings, open to the public and free of charge, will start at 7pm, at the Carpenter Center for Visual Arts,  24 Quincy Street, Cambridge, MA, May 18 through May 21 and May 25 through May 26.

Born in Porto, Reis interest in film started in the 1950s when we collaborated with the Group of Experimental Cinema of the Cine Clube do Porto.  After producing a short film and two documentaries he teamed up with is wife, psychiatrist Margarida Cordeiro, to produce four beautifully photographed naturalist film narratives portraying the culture of heartland Portugal.

Revered for his visionary ethnography standpoint, he also worked with Portuguese renowned directors Manoel de Oliveira and Paulo Rocha. This retrospective includes a selection of works by Reis and Margarida Cordeiro, and by Reis’ students including Pedro Costa, João Pedro Rodrigues and Joaquim Saphino.

As a tribute to Reis’ inspiration over the most important talents in contemporary Portuguese cinema, this retrospective includes a selection of works by Reis’s students including Pedro Costa, João Pedro Rodrigues, and Joaquim Saphino.

Established in 2006, the Boston Portuguese Festival promotes cultural annual programs bringing to the Greater Boston area a showcase of the most expressive components of Portuguese culture in the fields of Literature, Music, Cinema, History and Current Affairs, Science and Technology, and Heritage.