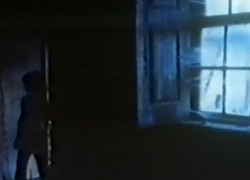 The Anthology of Film Archives is presenting a retrospective of Portuguese classic cinema featuring the work of António Reis (1927-1991) co-directed with his wife Margarida Cordeiro. The film screenings are scheduled for June 22 through June 25 at the Anthology Film Archives, 32 Second Avenue, NYC.

Born in Porto, Reis interest in film started in the 1950s when we collaborated with the Group of Experimental Cinema of the Cine Clube do Porto. After producing a short film and two documentaries he teamed up with his wife, psychiatrist Margarida Cordeiro, to produce four beautifully photographed naturalist film narratives portraying the culture of heartland Portugal.

Revered for his visionary ethnography standpoint, he also worked with Portuguese renowned directors Manoel de Oliveira and Paulo Rocha. As a tribute to Reis’ inspiration over the most important talents in contemporary Portuguese cinema, this retrospective includes a selection of works by Reis’s students including Pedro Costa, João Pedro Rodrigues, and Joaquim Saphino.

Founded in 1969, Anthology Film Archives is an international center for the preservation, study, and exhibition of film and video, with a particular focus on independent, experimental, and avant-garde cinema. Anthology screens more than 900 programs annually, preserves an average of 25 films per year (with 800 works preserved to date), publishes books and DVDs, and hosts numerous scholars and researchers.