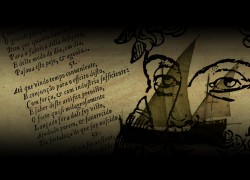 A chronological account of the literature of Portugal is now available in book format titled ”Chronology of Portuguese Literature:1128-2000,” by Rogério Miguel Puga, a professor and Senior Researcher at the Centre for English, Translation and Anglo-Portuguese Studies (CETAPS) at the New University of Lisbon, Portugal.

A reference tool for students, scholars and researchers, the book lists the most relevant works of Portuguese literature published mainly in Portuguese from 1128 to 2000. The book also introduces  each one of the authors featured by date of birth and death chronologically.

In the introduction the author states, “I had to be selective (sometimes subjective), and am aware that many titles considered important and influential by some readers are not mentioned, and that the ones listed don’t all have the same importance or literary merit. I tried to look beyond the canon […]. This book, like Portuguese Literature, is a work in progress. A Chronology of the Literature of the oldest European country will always be incomplete, as it would (obviously) be impossible to include all the works by all the Portuguese writers. I can only aim to present the reader with a representative list in which there will always be something missing.” 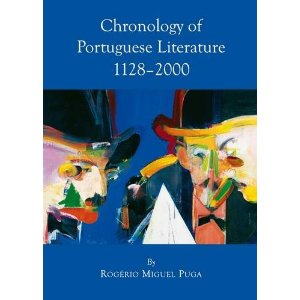 The first of its kind in any language, the book was published August 1 2011 by Cambridge Scholars Publishing.

Rogério Miguel Puga holds a PhD in Anglo-Portuguese Studies (FCSH) from the Universidade Nova de Lisboa, and is a Senior Researcher at the Centre for English, Translation and Anglo-Portuguese Studies (CETAPS), as well as a professor at the same university. He is a research collaborator at Centre for Overseas History (CHAM), the Centre for Comparative Studies, and a visiting researcher at the University of Macau (History Department).

Dr. Puga has published several studies on Anglo-Portuguese literary and historical relations, the Portuguese and British Empires, and on Lusophone and Anglophone Literatures, namely: The Portuguese Historical Novel (Lisbon, 2006), A World of Euphemism: Representations of Macao in the Work of Austin Coates. City of Broken Promises as Historical Novel and Female Bildungsroman (Lisbon, 2009), and The English Presence and Anglo-Portuguese Relations in Macao (1635-1794) (Lisbon, 2009). He is the editor of the European Journal of Macao Studies (Portugal), and subject editor for the journal Romance Studies (United Kingdom).