Carlos do Carmo: National Day of Mourning honors the ‘Voice of Lisbon’ – Portugal 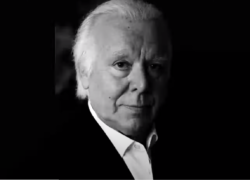 The Portuguese government has declared a National Day of Mourning for Monday in memory of Fado singer, Carlos do Carmo, 81, who died of an aneurysm on New Year’s Day.

In a sad note, Prime minister António Costa’s office stated, “It is with extreme consternation and profound sadness that the government learnt today of the death of Carlos do Carmo, and decided to declare a Day of National Mourning to take place on Monday, January 4, 2021”.

Born in Lisbon in 1939, Carlos do Carmo was known as the “Sinatra” of Portuguese soul music. The love of Lisbon was in is DNA and owed him the honor of being called “The voice of Lisbon.”

He was the son of celebrated Fado singer, Lucília do Carmo, and grew up listening to her singing at Faia Fado house run by his parents in old Lisbon.

One of the country’s most beloved artists, “He was the voice of Portugal,” said President Marcelo Rebelo de Sousa on national television.

With a career spanning over 50 years, from London’s Royal Albert Hall to New York’s Town Hall, he took the national song to the world’s biggest stages. In 2009, he was honored by Mayor of Lisbon to be the ambassador of the candidacy of Fado to UNESCO world heritage status.

President Marcelo Rebelo de Sousa will attribute him a posthumous Order of Liberty Award “for the decisive role that Carlos do Carmo had in the renewal of Fado,” it was reported.

In 2015, he received the “Grande Médaille de Vermeil” from the city of Paris, “the highest distinction” in the French capital. A year later, he was awarded the title of Grand Officer of the Order of Merit, by the President of Portugal, Jorge Sampaio.

In 2016, he was also the recipient of the Grand Officer of the Order of Merit and in 2019 the Medal of Cultural Merit, both by the current head of state, the President of Portugal Marcelo Rebelo de Sousa.

Most recently, Universal Music has announced the release of his last album E ainda? [And still?] for later this year.

In 2013, when he celebrated his 50th year of career, he issued the album “Fado é amor“,  recorded in duo with several Fado singers, including Ricardo Ribeiro, Camané, Mariza, Raquel Tavares and Marco Rodrigues. Some of his most popular hits include “Canoa do Tejo” – “Lisboa, menina e moça” – “Por morrer uma andorinha” – and “Um homem na cidade.”