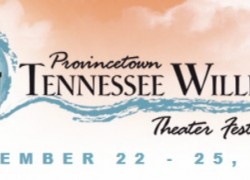 The world premiere of Alma, by the Carbono Theatre Company, takes place on September 22, 24, and 25. After the premiere in Provincetown, the play will debut in Lisbon.

The production, directed by Pedro Vieira, is based on texts of the plays Summer and Smoke and Eccentricities of a Nightingale, both works of Tennessee Williams.

Williams revisited, revised, and re-wrote Alma’s story many times, finally ending up with the two different plays – with the same characters.

Performed entirely by Portuguese actors, the play features Bruno Simões, Inês Tarouca, Joana Brandão, and Pedro Vieira. The drama focuses on the love story between the character John Buchanan and Alma Winemiller. The character Alma Winemiller was a favorite of Tennessee Williams.

The play, with songs in English and Portuguese, is choreographed by Inês Tarouca. Adaptation, conception, direction and scenic design by Rita Calçada Bastos.