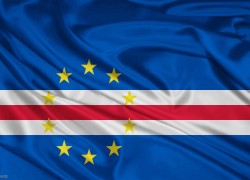 According to Kapvert.com, after the first round of voting on Saturday, 6th August, Jorge Carlos Fonseca polled a total of 37.4%, Manuel Inocencio Sousa won 33.3%, followed by Aristides Lima, with 25.9%, and Joaquim Monteiro, with 2.1%.

Cape Verdeans went to the polls Sunday, August 7th, to choose a new leader as incumbent President Pedro Pires steps down after serving  two terms. The Cape Verdean Constitution does not allow a third term for a president.

The candidates were Jaime Joaquim Monteiro, independent Djack Monteiro, Manuel Inocencio Sousa, PAICV’s official candidate, Jorge Carlos Fonseca, supported by the Movement for Democracy (MPD) and Aristides Lima, which has the support of Independent Cape Verdean Union Democratic (UCID) and the Party of Labour and Solidarity (PTS), as well as a part of the PAICV.

A total of over 300,000 voters are registered and are expected to cast their votes for the presidential election, including 36,934 in the Diaspora.

According to the US Department of State, an estimated 500,000 people of Cape Verdean ancestry live in the United States.

The AU team of 13 observers from several African countries is led by Congolese Pascal Gayama, former Deputy Secretary General of the AU. In addition to the AU mission, Sunday’s election in Cape Verde will be supervised by 11 observers from the United States and ECOWAS.