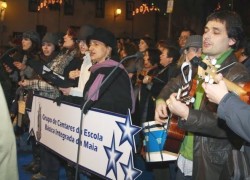 The holiday season closed Wednesday, February 1, in the Azores with “Cantar às Estrelas” [Singing to the Stars] a tradition ending the Christmas festivities.

In Ponta Delgada, a group of 70 children offered songs of praise to the city Mayor Berta Cabral for her leadership in the implementation of 28 after school programs devoted to more than 600 children enrolled at the public schools in her municipality.

“This event today at the City Hall, is the culmination of weeks of rehearsals and an opportunity for our children learning about our traditions” said the Mayor Berta Cabral.

According to the tradition groups of carolers go door to door singing for their neighbors, family and friends who return with treats and drinks. The tradition, which involves thousands of participants, is said to honor Our Lady of the Stars and the New Year. 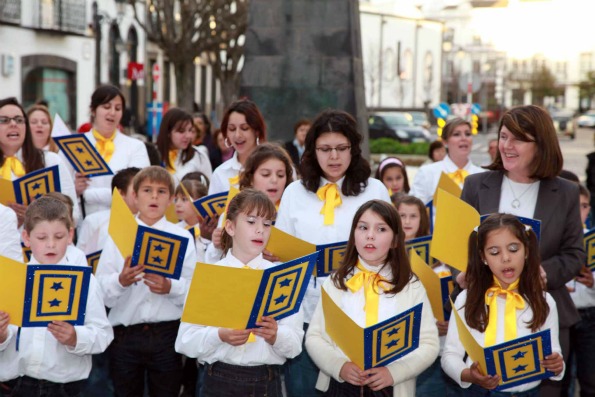