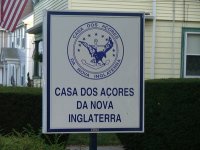 Teresa Morais, 52, ia a lawyer and carrier politician, author of many articles on the topic of social justice including issues relating to domestic violence.

Maria João Avila, 57, is a native of the Azores who emigrated to the United States in 1970. Currently she resides in New Jersey and is the first US resident selected to serve as a Representative in the Portuguese parliament for the Portuguese citizens residing abroad.

The number of women in the Portuguese Parliament is above the global average, higher than the majority of developed G8 countries. Thes current Portuguese legislature has a total of 62 women out of 230 members.

Gender equality is a human right which promotes inclusion through equal representation of women and men by empowering women to live with dignity and in freedom.