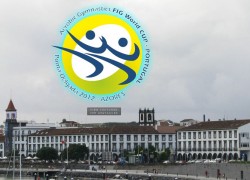 Established in 2008, the hosting FIG partner, Clube de Actividades Gímnicas de Ponta Delgada (CAGPD),was the co-organizer of the 2010 edition of the Ponta Delgada World Cup and the International Open.

CAGPD is a public utility institution in partnership with Corpore Ginásio. With several national and international titles, the main activity of the two institutions is Aerobic Gymnastics, with classes for children starting from three years of age. In the different age categories (Juniors, Age Groups 1, 2 and Seniors) they are co-organizers of the “Regional Youth Talents”, “National Team” and “High Performance” gymnasts.

After a successful year 2011 with National Champions in six categories, CAGPD won the Portugal National Cup in Aerobic Gymnastics for the fifth consecutive year and counts a number of medals from several international tournaments in 2012.