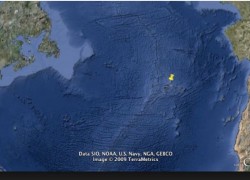 An earthquake of magnitude 6 struck in the Atlantic Ocean 38 miles east of Ponta Delgada [Sao Miguel island] in Portugal’s Azores archipelago on Tuesday, according to the U.S. Geological Survey, but local authorities reported no immediate damage, itwas reported.

The quake was at a depth of 9.4 miles, the survey said. “The quake was felt here, but it was not strong enough to do any serious damage on the island. We have not received any requests for help,” a duty officer at the Ponta Delgada fire brigade told Reuters.