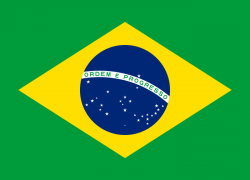 Facebook is growing at a very fast pace, gaining new users by the million every month.  According to the most recent figures, released by Facebook statistics blog  Socialbakers, the social network had an increase of 80 million new users in the first quarter of 2011,  nearing a total of 700 million.

Brazil, with 19 million users, topped the list of the 20 countries showing the largest increase on Facebook by adding 1.9 million new users in May, amounting to a 11 percent growth.

The United States, still the most-represented country on Facebook, with about 150 million members on the site, showed no growth last month and was not listed in Socialbakers’ list of top 20 fastest growing countries.  Canada with a total of 16.6 million users, also showed no growth in May and was not listed.  Portugal, with a total of 3.7 million users, was also not listed among the 20 top fastest growing countries. 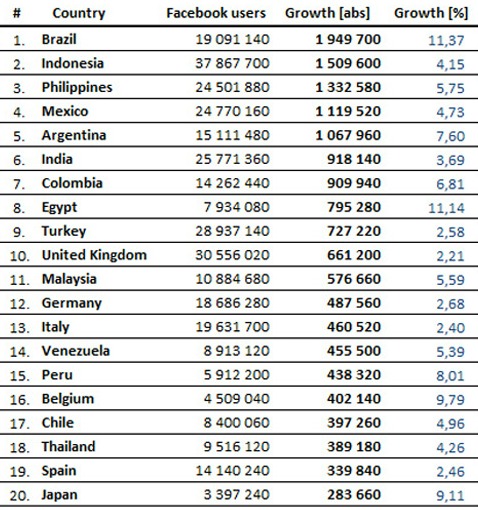