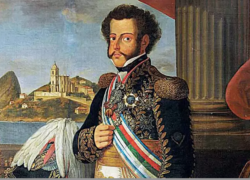 The heart of D. Pedro I (1798-1834), the first emperor of Brazil, will be temporarily transferred from Portugal to Brazil, on August 21, as part of the  bicentennial commemorations of the country’s independence.

According to the official page of Porto City Hall, the organ, preserved in formaldehyde inside an urn, is currently on public display, with honors, at the Church of Lapa, in Porto city.

On 30 May, 2022, Brazilian Ambassador George Prata, one of the coordinators of the bicentennial commemorations, announced that his country’s government had sent an official request to Portugal for the transfer of the heart of D. Pedro to Brazil.

On June 22, the mayor of Porto, Rui Moreira, announced that the municipality would consider authorizing the temporary transfer of the heart to Brazil.

“It is with great honor that I announce that I authorize the heart of D. Pedro IV, of Portugal, and the first Emperor of Brazil, to be transferred to Brazil, on dates to be agreed between my office and the Itamaraty Palace. This authorization, and by my decision, will still be validated by the Municipal Executive,” the mayor of Porto said in his June announcement.

On July 18, the municipality unanimously approved the proposal authorizing the transfer. The relic will be “transported in a pressurized environment” it was reported.

The royal heart will arrive at Palácio Planalto, in Brasília, on August 22, where it will be received with military honors. 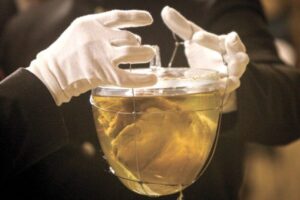 After the ceremony, the heart will be transferred to the Itamaraty Palace, also in the Brazilian capital, where it will be on display, throughout the bicentennial independence celebrations, returning to Portugal on September 9.

Born in Lisbon in 1798, following a twist of historical events, when Portugal was invaded by French troops in 1807, Pedro and his royal family fled to Brazil, where he would become the symbol of Brazilian independence, while remaining relevant to Portuguese history.

Nicknamed by Brazilians as the “Liberator” – as D. Pedro I – he was the founder and first ruler of the Empire of Brazil, remaining Pedro IV of Portugal, which he reigned over briefly.

In September 9, 1822, D. Pedro proclaimed the independence of Brazil on the banks of the Ipiranga River, in São Paulo, historically known as the place where he pronounced “Grito do Ipiranga” officially separating Brazil from the Kingdom of Portugal.

He died in Lisbon on 24 September 1834. At his request, his heart was placed in the Lapa Church, in Porto city. His body was interred in the Royal Pantheon of the House of Braganza in Lisbon.

In 1972, the remains of Dom Pedro IV, King of Portugal, and also Pedro I of Brazil, were transferred from the Royal Pantheon of the House of Braganza to the Ipiranga Monument, in São Paulo, as part of the of the celebrations of the 150th anniversary of the independence of Brazil.

**Report a correction or typo to editor@portuguese-american-journal.com. We are committed to upholding our journalistic standards, including accuracy. Carolina Matos/Editor