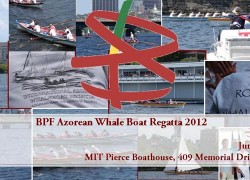 The Boston Portuguese Festival and the Azorean Maritime Heritage Society are hosting its 7th Annual Azorean Whaleboat Regatta at the MIT Pierce Boathouse, Cambridge, MA,on Sunday, June 3. The Portuguese of Azoreans descent are very proud of their culture and heritage which they celebrated on Azores Day, June 2.

The annual Azorean Whaleboat Regatta is back this year with more competing crews competing and an expanded program. About 10 teams, comprised of 7 rowers each, will compete for first, second and third prizes. The whaleboats are owned and maintained by the Azorean Maritime Heritage Society.

Races are scheduled to run from 12pm to 4pm. Watchers can root for their teams from the MIT Pierce Boathouse deck overlooking the Charles River. The event is open to the public and admission is free.

The event offers the opportunity for the public to learn about the Azorean-Portuguese history and its ties with the New England whaling industry. In addition to the races, there will be a whaleboat sailing demonstration, including tours on the boats, an awards ceremony for the competing crews.

The Azorean Whaleboat Regatta  is feature of the Boston Portuguese Festival , established in 2006 to promote the Portuguese culture in the fields of Literature, Music, Cinema, History and Current Affairs, Science and Technology, and Heritage. 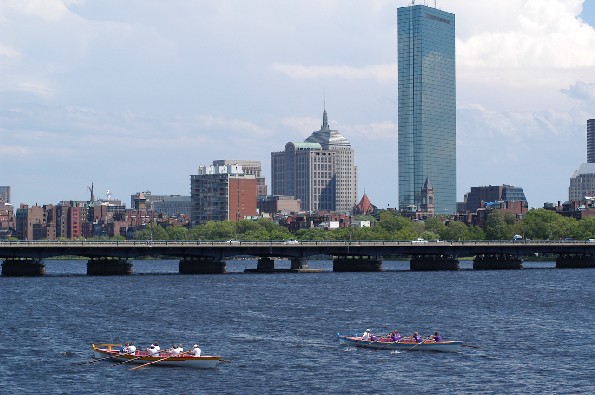 Azorean whaleboats on the Charles river in Cambridge, Massachusetts.

The Azorean Maritime Heritage Society is a U.S. based non-profit organization, founded in 1997, to promote the historical contributions of Azorean sailors and whaleboat builders to the U.S. whaling industry. Based in New Bedford, MA, it maintains the Azorean Whaleman Gallery housed at the New Bedford Whaling Museum.