Book: Writers of the Portuguese Diaspora in the United States and Canada – Anthology 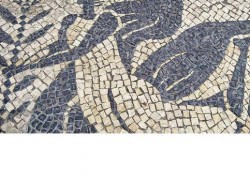 A bilingual anthology, in English and Portuguese, will be published later this year designed to acquaint English-speaking readers with representative literary works of Portuguese-American and Portuguese-Canadian writers.

Editors Luis Gonçalves (Princeton University) and Carlo Matos (City Colleges of Chicago) are calling for submissions “by authors of Portuguese descent in the United States and Canada that explore the Portuguese migrant experience in all its various manifestations” the announcement says.

According to the editors, “Readers will be introduced to aspects of Portuguese-American and Portuguese-Canadian literatures and cultures in order to heighten their critical awareness and sensitivity to cultural nuances of the Portuguese Diaspora in the United States and Canada, which are too often ignored.”

The anthology will feature original poetry, fiction, creative nonfiction, in both Portuguese and English, not previously collected in any other anthology.

The book will appear with an introduction by George Monteiro, writer, researcher and literary critic, Professor Emeritus of English and of Portuguese and Brazilian Studies at Brown University.

Final deadline for submissions is June 1, 2013.