Book: “When the Sun Danced” by Jeffrey Bennett – Review 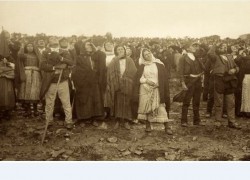 When Jeffrey S. Bennett, a professor of sociology and religious studies, first visited Portugal in 1996, quite by accident he made a stop at Fátima on July 13. It was the seventy-ninth anniversary of one of the most celebrated Marian apparitions there. That weekend, more than a quarter million Portuguese pilgrims were gathering at the shrine located about 40 miles north of Lisbon.

An American with no religious training or inclination, Bennet didn’t know what to make of it until he decided to investigate the phenomenon. It led to “When the Sun Danced: Myth, Miracles, and Modernity in Early Twentieth-Century Portugal” a book he has admitted he had no intention to write. The book was published in 2012, by the Virginia University Press.

Written in bits and pieces, to research the book Bennett went back and forth to Portugal, having spent in total two years in the country. While there, he made frequent visits to Fátima and conducted numerous interviews with believers and non-believes, including a number of influential people who inspired and assisted him throughout the process.

In 1917, near the town of Fátima, Portugal, three young shepherds reported having witnessed six apparitions of the Virgin Mary. At the time, reportedly 70,000 to 100,000 people gathering at the place had witnessed some solar abnormal activity which they interpreted to be the occurrence of a miracle as prophesized by the shepherds.

Bennett’s research provides the first book-length analysis, in English, of the cult of the Virgin of Fátima in the context of Portugal’s 20th century political and religious history. It explains how the apparitions, witnessed by the three young shepherds, were constructed and transformed to influence the course of Portugal’s modern history.

The Marian apparitions, he has realized, influenced not only the nation’s political, social and cultural life between 1918 and 1935, but affected the course of events which lead to political transformation of the country in the late 1920’s, when Portugal transitioned from republicanism and democracy to the Salazar dictatorship and the Estado Novo regime. 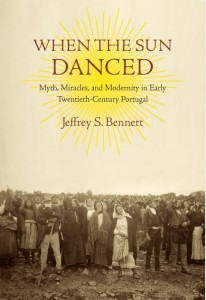 Fátima in 1917, he concludes, emerged as the new collective life-affirming narrative of the nation’s messianic collective memory, a phenomenon that characterized the Portuguese experience of modernity as expressed by Fernando Pessoa, Portugal’s quintessential modernist poet.

Pessoa, Bennett notes, originally a supporter of republicanism, eventually became a dissident of the liberal regime and defender of the dictatorship.  His book, entitled Portugal, completed in 1934, shows how his views had changed radically. “Pessoa’s example helps make clear how a new wave of anti-materialism though, accompanied by a powerful desire for order and unity, helped give birth to the political authoritarianism and religious nationalism in Portugal during the 1920s to 1930s,” he writes.

As Bennett further remarks, “Fátima probably would not have been possible without republicanism, a movement that attracted a following for many of the same reasons Fátima visions did, including the fact it too was organized around wish-dreams of personal and national revitalization.”

Bennett has also concluded that Fátima, as a collective phenomenon, still plays a role in the tensions that continue to shape the social and political realities of today’s Portugal and beyond.

The Fátima narrative, he notes, has become a world phenomenon popular among American Catholics. Exact replicas of the Chapel of the Apparitions at Fátima have been built in places such as Washington and New Jersey, in the United States, where, through the Internet and radio, the Fatima story is still being broadcast, reaching thousands each week.

Currently, Jeffrey S. Bennett is Assistant Professor of Sociology and Religious Studies at The University of Missouri, Kansas City.

Carolina Matos is the founder and editor of Portuguese American Journal online.
She was the Editor–in-Chief for The Portuguese American Journal, in print, from 1985 to 1995.
From 1995 to 2010, she was a consultant for Lisbon based Luso-American Development Foundation (FLAD). She graduated with a Bachelor’s Degree in Liberal Arts and a Master’s Degree in English and Education from Brown University and holds a Doctorate in Education from Lesley University. She is also an adjunct professor at Lesley University where she has taught undergraduate and graduate courses. In 2004, Carolina Matos was honored with the Comenda da Ordem do Infante D. Henrique presented by Jorge Sampaio, President of Portugal.