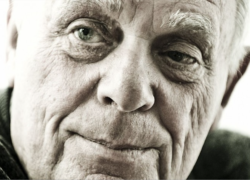 Set in the aftermath of the “Carnation Revolution” of April 25, 1974, António Lobo Antunes’s Warning to the Crocodiles is a fragmented narrative of the violent tensions resulting from major political changes in Portugal.

Told through the memories of four women, who spend their days fashioning homemade explosives and participating in the kidnap and torture of communists, the novel details the clandestine activities of an extreme right-wing Salazarist faction resisting the country’s new embrace of democracy.

“Antunes is definitely a writer worth reading for his literary talent and his insights into Portugal’s history, geography, and national character.” ― Publishers Weekly

“His themes are reminiscent of Faulkner’s and Celine’s, and his style is as complex as Proust’s.” ― Library Journal

“Considered by many to be Portugal’s greatest living writer, António Lobo Antunes’ relative obscurity in the English-speaking world is something of an enigma….The author of 23 novels, and still…turning them out with unerring industriousness, Lobo Antunes is quite a big deal in Portuguese-, Spanish- and French-speaking countries. He has his illustrious champions too: George Steiner calls him “a novelist of the very first rank…an heir to Conrad and Faulkner;” no less a canon-builder than Harold Bloom says Lobo Antunes is “one of the living writers who will matter most….” ― The Millions

“Lobo Antunes’ sketches are alive with the poetry of the everyday and tinged with the gentlest of self-mockery.” ― J M Coetzee

“Lobo Antunes, one of the most skillful psychological portraitists writing anywhere, renders the turpitude of an entire society through an impasto of intensely individual voices.” ― New Yorker

“[Lobo Antunes] aims, like Joyce’s Stephen Dedalus taking upon himself the woes of Ireland, to be a national conscience, reminding his newly Europeanized, sleekly prosperous compatriots of their shaming past―a legacy of guilt left by the dictatorship of António de Oliveira Salazar, who ruled the country from 1932 to 1968, and by the brutality of his colonial regime in Africa. The Portuguese have officially chosen to forget this era of suffocating oppression, when the Catholic Church unctuously sanctified the strictures of a Fascist state. Lobo Antunes assails the moral cowardice of those who tolerated persecution or quietly collaborated with Salazar’s secret police and is disgusted by Portugal’s recent veneer of affluence and spendthrift hedonism. A novel always reveals to us the world inside someone else’s head. In the case of Lobo Antunes, that world is the size of a country―small and marginal, perhaps, but teeming with villainy and vice, and as crammed with wounds and festering sores as an overcrowded hospital ward.” ― The New Yorker

António Lobo Antunes was born in Lisbon, Portugal in 1942. He began writing as a child, but at his father’s wishes, went to medical school instead of pursuing a career in writing. After completing his studies, Antunes was sent to Angola with the Portuguese Army. It was in a military hospital in Angola that Antunes first became interested in many of the subjects of his novels. Antunes lives in Lisbon, where he continues to write and practice psychiatry.

Karen C. Sherwood Sotelino has translated novels and short stories from Portuguese into English. Recently, she has taught at Stanford University, where she is a visiting scholar in the department of Iberian and Latin American cultures.