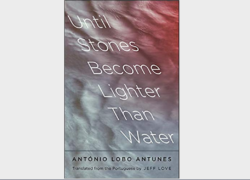 Award‑winning author António Lobo Antunes returns to the subject of the Portuguese colonial war in Angola with a vigorous account of atrocity and vengeance. Drawing on his own bitter experience as a soldier stationed for twenty‑seven months in Angola, Lobo Antunes tells the story of a young African boy who is brought to Portugal by one of the soldiers who destroyed the child’s village, and of the boy’s subsequent brutal murder of this adoptive father figure at a ritual pig killing. Deftly framing the events through an assembly of interwoven narratives and perspectives, this is one of Lobo Antunes’s most captivating and experimental books. It is also a timely consideration of the lingering wounds that remain from the conflict between European expansionism and its colonized victims who were forced to accept the norms of a supposedly superior culture.

A novel about the horrors of war and its aftermath from one of Europe’s most brilliant authors.

António Lobo Antunes is the author of more than thirty books, including Fado Alexandrino, The Inquisitors’ Manual, and The Splendor of Portugal. lives in Lisbon. Translator, Jeff Love, is research professor of German and Russian at Clemson University.
“Lobo Antunes’ experience as a soldier stationed in colonially occupied Angola marked and altered him—perhaps made him the writer he is today. The brutality and mendacity of that time surges back to the fore in this new book, which unfolds in 23 chapters, each just one long sentence. . . . Weaving in and out of a symphony of voices, the novel feels more like music than prose.”—John Freeman, Literary Hub
Book Details