Book: ‘The wines of Portugal’ by Richard Mayson – Editor’s Note 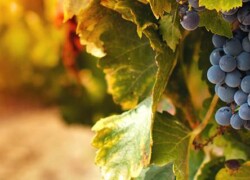 Richard Mayson first visited Portugal as a child, nearly fifty years ago. He immediately fell in love with the country, living there and revisiting it many times over the ensuing half century. During those years Portugal has changed greatly, as have its wines. The cooperatives and wine merchants of the 1970s produced patriotically Portuguese blended wines with little sense of place. Dão, Bairrada and Vinho Verde all existed as demarcated regions but were not fulfilling their potential. Alentejo was unrecognized as a region and unfortified Douro wines were merely a curiosity. The end of the Salazar regime, the ensuing political upheavals of the 1970s and the country’s entry into the EU in 1986 ushered in a new era for wine, with a proliferation of new regions and smaller wine producers growing grapes and making wine expressive of Portugal’s many recognized terroirs.

The wines of Portugal begins by detailing the history of Portuguese wine, noting particularly how the long-standing relationship with Britain was instrumental in creating a market for wine. The grapes, including the country’s many indigenous varieties, are analysed in terms of their performance in Portugal’s various terroirs. Mayson then goes on to present the regions in four broad categories: wines from the Atlantic littoral, mountain wines, plains wines of the south and the island wines of Madeira and the Azores. A chapter on rosé wine examines how brands such as Mateus kick-started the post-war wine industry, while another explores sparkling wine, for which most DOCs include a provision, and which has experienced a recent revival in interest. The producer profiles feature Portugal’s leading growers, from the historically important to drivers of change and interesting newcomers.

This thorough study from an acknowledged expert in Portuguese wine is an essential addition to any wine-enthusiast’s library.

Richard Mayson is an award-winning wine writer and an authority on Portuguese wine. A lecturer and consultant, he writes for Decanter, Wine International and The World of Fine Wine and is a contributor to the Oxford Companion to Wine and Larousse Encyclopaedia of Wine. His books include Port and the Douro, Madeira: The islands and their wines and The wines of Portugal. He is Chair of the Decanter World Wine Awards for Port and Madeira Wine.