Book: ‘The Portuguese in the East’ by Silva Jayasuriya – Editor’s Note 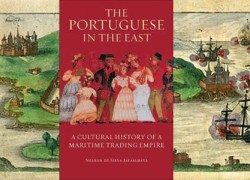 Vasco da Gama’s voyage to India in the late fifteenth century opened up new economic and cultural horizons for the Portuguese. Undertaken at the height of Portugal’s maritime influence, it helped to create an oceanic state ranging from the Cape of Good Hope to China. While Portugal’s direct political influence in Asia was comparatively short-lived, its linguistic influence remains.

Here Shihan de Silva Jayasuriya charts the influences of the Portuguese in more than 50 Asian tongues, illustrating the extent of Lusitanian links. Luso-Asian influence became engrained in eastern cultures in more subtle ways than other European empires which followed, such as the Portuguese oral traditions in folk literature, now embedded in postcolonial Asian music and song. These Portuguese cultural legacies are a lasting reminder of an unexpected outcome of seaborne commerce.

Dr. Shihan De Silva Jayasuriya is a Senior Fellow at the Institute of Commonwealth Studies, University of London and a Fellow of the Royal Asiatic Society. She is the author of five other books: Tagus to Taprobane: Portuguese Impact on the Socioculture of Sri Lanka from 1505AD, An Anthology of Indo-Portuguese Verse, Indo-Portuguese of Ceylon, African Identity in Asia: Cultural Effects of Forced Migration and African Diaspora in Asian Trade Routes and Cultural Memories.

Source: I. B. Tauris & Company