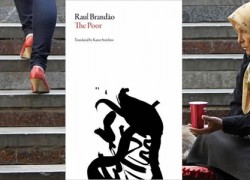 The Poor (Os Pobres, 1906), by Portuguese author Raúl Brandão, is a powerful tribute to the underclasses. Innovative thematically and stylistically, the novel consists of loosely connected vignettes on two narrative levels: the lives of prostitutes, where the inexorable need for love is transformed into a means for survival; and the life of Gebo, a seemingly slovenly man, with neither sentiment nor intelligence.

Instead, as he searches tirelessly for work ― and loves his daughter and wife with tenderness and constancy ― he is revealed as a victim of the economic situation in Portugal. With prescience, Brandão emphasizes the interdependence between nature and humankind by intertwining descriptions of the physical and human surroundings, while his depictions of desperation, sorrow and violence prefigure the works of contemporary Portuguese writers.

Raul Brandão was a Portuguese writer, journalist, and also a military officer. He was part of the group “Nefelibatas” and the “Geração de 90”, of the 19th century, and is best known for his realistic fiction that is pervaded throughout by lyricism. He published three novels: A Farsa (1903), Os Pobres (“The Poor”, 1906), and Húmus (1917). Brandão was born in Foz do Douro, a parish of Porto, where he spent the majority of his youth. Born in a family of sailors, the ocean and the sailors are recurring themes in his work. Brandão completed his secondary studies in 1891. After that, he joined the military academy, where he initiated a long career in the Ministry of War. While working in the ministry, he also worked as a journalist. In 1896, Brandão was commissioned in Guimarães, where he would meet his future wife. He married in the next year and settled in the city. Despite living in Guimarães, Brandão spent long periods in Lisbon. After retiring from the army, in 1912, Brandão initiated the most productive period of his writing career. He died on 5 December 1930, age 63, after publishing a profuse journalistic and literary work.

Karen Sherwood Sotelino has a BA in international relations from Stanford University and a BA and PhD in literature from the University of California, Santa Cruz. She has translated numerous essays for Atlante magazine in addition to six novels, her most recent being Brazilian author Raduan Nassar’s novel, Ancient Tillage. She has taught translation at Associação Alumni in São Paulo, and Portuguese and translation at Stanford University. She has had numerous articles on translation theory published in the U.S., Brazil, and Portugal. She is currently a visiting scholar at the University of California, Berkeley, working on a book of literary translation, practice, and theory.