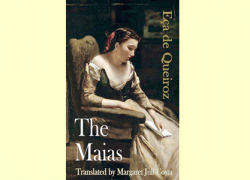 Set in Lisbon at the close of the nineteenth century, The Maias is both a coming-of-age novel and a passionate romance. Our hero Carlos Maia, heir to one of the greatest fortunes in Portugal, is rich, handsome, generous and intelligent: he means to do something for his country, something useful, something that will make his beloved grandfather proud.

However, Carlos is also a bit of a dilettante. He drifts along, becoming a doctor and pottering about in his laboratory, but spends more and more time riding his splendid horses or visiting the theater, having affairs or reading novels. His best friend and chief partner in crime, Ega, is likewise engaged in a long summertime of witticisms and pleasure. Carlos however is set on a dead reckoning course with fate―with the love of his life and with a terrible, terrible secret… 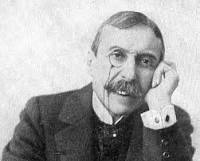 José Maria de Eça de Queiroz was born in Póvoa de Varzim, Portugal, in 25 November 1845. An illegitimate child, he was officially recorded as the son of José Maria de Almeida Teixeira de Queirós and Carolina Augusta Pereira d’Eça. He died in 16 August 1900. Eça de Queiroz is generally considered to be the greatest Portuguese writer in the realist style. Zola considered him to be far greater than Flaubert. The London Observer critics rank him with Dickens, Balzac and Tolstoy. During his lifetime, the spelling was “Eça de Queiroz” and this is the form that appears on many editions of his works; the modern standard Portuguese spelling is “Eça de Queirós”.