Book: The Lone Flag: Memoir of the British Consul in Macau during World War II – Review 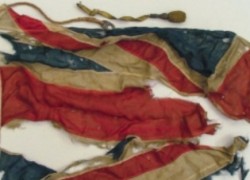 Portugal was neutral in World War II, and the Axis powers were anxious that it should remain so. As a result, even after Timor Leste’s neutrality was ignored by the Allies, the Japanese continued to respect that of Macau. That made Britain’s pre-existing Macau consulate the only one to remain in service in the Far East between the Soviet Union and Australia, except for those in China. John Reeves was the vice-consul there who kept that lone flag flying. The Royal Asiatic Society has together with Hong Kong University Press now published Reeves’ memoir of his wartime experiences. 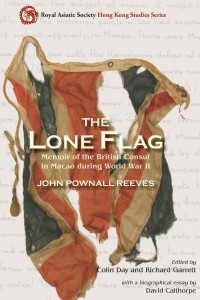 Regrettably, he began writing in 1945 immediately after the war’s end and had completed the manuscript by 1949 when Macau’s post-war status was still in doubt and Reeves was still in the Foreign Service. His revelations would in any case have required vetting by the Foreign Office, so Reeves’ account is less than half of the story.

He focuses on his efforts to assist the 300,000 or so who took refuge in Macau after the fall of Hong Kong. They were British citizens, mostly Chinese, who had some family or other connection with Macau which the Japanese used as an excuse to push them out of Hong Kong to ease the shortage of food and fuel. Reeves describes his efforts to house and feed them and the parallel medical system he helped set up to meet their many needs. He claims that overall the refugee death rate was lower than that among refugees in London before the war.

Whitehall supported him financially throughout. There was no mail; the only contact with the outside world was through encoded radio messages. But the British government was able to transfer funds in the ordinary way through a bank in Lisbon. 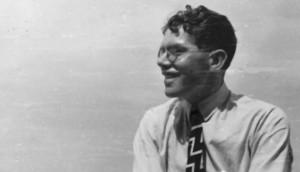 How Reeves found anything to buy, however, is left unexplained. Presumably the remittances eventually supported a network of smugglers and other war profiteers. They also supported the Japanese war effort, as the Japanese were able to print army scrip and exchange it for hard currency in Macau, another reason, presumably, why its neutrality was respected.

Apart from his official duties, Reeves recounts some of the social life of the colony during the war. Even Portuguese wine was scarce, but sports, amateur performances and tea dances were apparently popular.

All this is interesting as far as it goes, but Reeves’ presumably much more interesting anti-Japanese activities are alluded to only occasionally, and very, very indirectly. He mentions only that the Japanese offered a £4000 bounty for his assassination and that he was protected by plain-clothed Chinese nationalist troops as well as his own paid bodyguard. He claims to have been involved in smuggling about 300 Allied partisans through the Japanese lines to free China, but only his handling of one party of downed American airmen is described in any detail.

So don’t purchase this memoir for tales of hugger-mugger, but The Lone Flag nevertheless gives an interesting picture of wartime life in a theatre which has previously received almost no attention.

* Bill Purves is a Canadian engineer/manager, a runner and a writer who lives in Hong Kong. He trained as a seaman, earned his seaman’s papers and made several voyages on a variety of Asian-owned and operated freighters to research his unique inside look at the worldwide shipping industry and the people behind it. He is the author of several books, including A Sea of Green: A Voyage Around the World of Ocean Shipping and China on the Lam: On Foot Across the People’s Republic.

© 2014 The Asian Review of Books. Reprinted with permission.