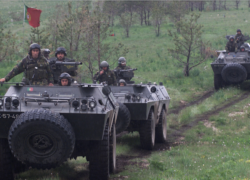 This is an essential text for scholars and students of military history, military architecture, global history, Asian history, and the history of Iberian empires.

Hélder Carvalhal (editor) is a researcher at the Interdisciplinary Center for History, Culture and Societies (CIDEHUS), University of Évora. He is a PhD candidate in early modern history at the Inter-University Doctoral Programme in History (PIUDHist), between Évora and Lisbon. He is interested in global economic and social history since the 1500s. He has published in journals such as Gender & History and Journal of Iberian and Latin American Economic History.

André Murteira (editor) is a researcher at Center for the Humanities – CHAM (FCSH, Universidade NOVA de Lisboa). His MA dissertation was the basis for his published book A Carreira da Índia e o Corso Neerlandês, 1595–1625 (2012). He has published in journals such as the Journal of Military History. He is interested in the history of Dutch-Iberian conflicts outside of Europe in the seventeenth century.

Roger Lee de Jesus (editor) is a researcher at Center for the Humanities – CHAM (FCSH, Universidade NOVA de Lisboa). He is a PhD candidate at the University of Coimbra interested in the history of Portuguese presence in Asia, from political to military history, especially in the implementation of European institutions and warfare in the Portuguese Estado da Índia (sixteenth century).