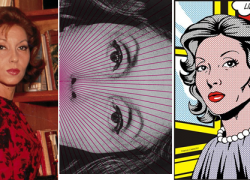 Clarice Lispector’s The Complete Stories, 85 in all, are an epiphany, among the important books of this — or any — year. The recent publication by New Directions of five Lispector novels revealed to legions of new readers her darkness and dazzle. Now, for the first time in English, are all the stories that made her a Brazilian legend: from teenagers coming into awareness of their sexual and artistic powers to humdrum housewives whose lives are shattered by unexpected epiphanies to old people who don’t know what to do with themselves. Clarice’s stories take us through their lives―and ours.

From one of the greatest modern writers, these stories, gathered from the nine collections published during her lifetime, follow an unbroken timeline of success as a writer, from her adolescence to her death bed.

• “Lispector is one of the hidden geniuses of twentieth century literature, in the same league as Flann O’Brien, Borges and Pessoa…utterly original and brilliant, haunting and disturbing.” (Colm Tóbín)

• “Clarice Lispector had a diamond-hard intelligence, a visionary instinct, and a sense of humor that veered from a naïf wonder to wicked comedy.” (Rachel Kushner)

• “Lispector reads with lively intelligence and is terrifically funny. Language, for her, was the self’s light.” (Lorrie Moore)

• “The Complete Stories is bound to become a kind of bedside Bible or I Ching for readers of Lispector, both old and new.” (Valeria Luiselli, Publishers Weekly)  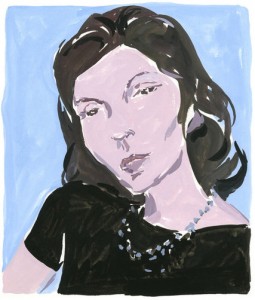 About the Author:
Clarice Lispector was born in 1920 to a Jewish family in western Ukraine. As a result of the anti-Semitic violence they endured, the family fled to Brazil in 1922, and Clarice Lispector grew up in Recife. Following the death of her mother when Clarice was nine, she moved to Rio de Janeiro with her father and two sisters, and she went on to study law. With her husband, who worked for the foreign service, she lived in Italy, Switzerland, England, and the United States, until they separated and she returned to Rio in 1959; she died there in 1977. Since her death, Clarice Lispector has earned universal recognition as Brazil’s greatest modern writer.

The Series Editor:
Benjamin Moser is the author of Why This World: A Biography of Clarice Lispector, which was a finalist for the National Book Critics’ Circle Award, and is also the editor of a new translation of Clarice Lispector’s work, of which this is the sixth volume. A former books columnist at Harper’s Magazine, Moser is now a columnist at The New York Times Book Review, and is currently at work on the authorized biography of Susan Sontag. He lives in the Netherlands.

The Translator:
Katrina Dodson‘s work has appeared in Granta, McSweeney’s, and Two Lines. She is a PhD candidate in Comparative Literature at the University of California, Berkeley. Research areas include 19th- and 20th-century Brazilian and Anglo-American literature with comparative work in French, gender and sexuality, translation studies, eco criticism, lyric poetry, and travel literature. She is a recipient of the Eugene Cota-Robles Diversity Fellowship and Fulbright-Hays Doctoral Dissertation Research Fellowship (Brazil, 2011-12).