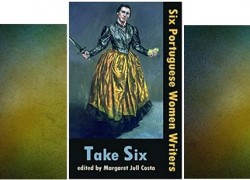 They are all past mistresses of the short story form, and their subject matter ranges from finding one’s inner fox to a failed suicide attempt to a grandmother and grandson battling the wind on a beach. Stories and styles are all very different, but what the writers have in common is their ability to take everyday life and look at it afresh, so that even a trip on a ferry or an encounter with a stranger or a child’s attempt to please her father become imbued with mystery and humour and sometimes tragedy. Relatively few women writers are translated into English, and this anthology is an attempt to rectify that imbalance and to introduce readers to some truly captivating tales from Portugal.