Book: “Sopas” the Feast of the Holy Ghost by Lewis White – Review 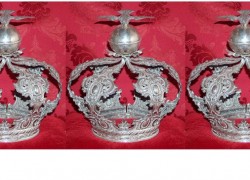 Lewis A. White, 66, the author of Sopas: A brief History of Portuguese Islanders, the Cape Cod Town of Falmouth, and the Feast of the Holy Ghost (2012) , is a native of Falmouth, Cape Cod, Massachusetts. A fourth generation descendant of Azorean immigrants, he still can trace his roots back to Lomba da Maia and Achadinha, on São Miguel island, and Candelária on Pico island.

Falmouth is a shoreline Cape Cod community where immigrants from the Azores started arriving, in the late 19th Century, to work in the cranberry bogs, on farms and as laborers. 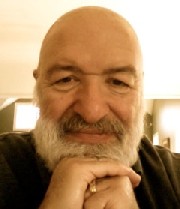 Tio Calhau (Manuel Viera Martins), born on Pico in 1855, was the first Azorean on record to have settled in the community where he purchased a home in Waquoit, in 1893. By 1920, 31.5% of the population of Falmouth was of Portuguese ancestry, almost all of them from the Azores.

White is a direct descendant of three of the original twelve founding families of the Fresh Pond Holy Ghost Society of Falmouth. His father, White says, often talked about writing the history of the Holy Ghost Society, but he died without fulfilling his intention. With his book titled Sopas: A brief History of Portuguese Islanders, the Cape Cod Town of Falmouth, and the Feast of the Holy Ghost, White fulfills his father’s wish. 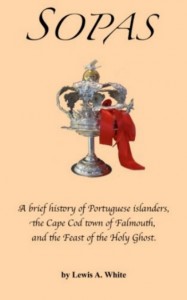 In 1900, the Azorean community of Falmouth formed the Fresh Pond Holy Ghost Society when Frank Perry, a whaler, gifted a parcel of land on Carriage Shop Road for the use of the society, establishing one of the oldest  Holy Ghost societies in the country.

From the perspective of an active participant observer, White also offers a detailed description of his observations of present day Holy Ghost festivities in the Falmouth Azorean community. He describes how the festival is organized around the system of Impérios and Domingas, including the prelude to the festival, its calendar and cycle, the rituals and symbolism, the food and how it is prepared. In 2010, he reports, 300 pounds of meat were prepared to make the traditional “Sopas” – 75 pounds per pot. He writes:

In the old days, preparations for the main meal began with the arrival of the cow or bull on Thursday preceding the festa. Today, the week before is spent cleaning the kitchen and scoring the pots, pans, and utensils used to prepare and serve the food. The 80 and 100-quarter pots used to cook the food, and the 150-quarter separator used to hold the broth, are all steamed for a minimum of 20 minutes before use.

The Holy Ghost festival originated in mainland Portugal in the 14th Century by Queen Saint Isabel of Portugal (1271-1336). The Festival is celebrated by all the Azorean communities around the world. The tradition is based on the celebration of Pentecost, observed by the Catholic and Protestant churches, which marks the establishment of the Christian era.

Published by the Amerazor Publishing Company, the text (pp.124) is documented with footnotes and a bibliography. About one third of the book is comprised of appendices.