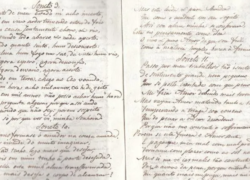 Luís Vaz de Camões (ca.1524/25-1580) is reckoned the greatest poet in the Portuguese language, granting him a position in the national literature akin to that of Dante, Shakespeare, or Goethe. He wrote a considerable amount of lyric poetry and at least three dramas but is best remembered for his epic poem Os Lusíadas (The Lusiads), which set out to be, and succeeded in being, a Portuguese epic of the nation that can stand alongside Virgil’s Aeneid. As Jonathan Griffin ably demonstrates in this volume, however, his shorter works, mostly sonnets and redondilhas (roundels), are fine lyrics and ought to be given the same serious attention that the epic receives as of right. Little is known of Camões’ life, other than what we see “reported” in the Lusiads, but we do know that he served as a common soldier in the East, serving in India, Africa and Macau.

Luís Vaz de Camões (c. 1524 or 1525 – 20 June 1580) is considered Portugal’s and the Portuguese language’s greatest poet. His mastery has been compared to that of Shakespeare, Homer, Virgil and Dante. He wrote a considerable amount of lyrical poetry and drama but is best remembered for his epic work Os Lusíadas (The Lusiads). His collection of poetry The Parnasum of Luís de Camões was lost during his life. The day of his death, 10 June, is Portugal’s national day. He spent many years serving in the Portuguese military and wrote a considerable part of his epic while assigned to Macau.

Jonathan Griffin (1906–1990) was a British writer and translator. During the Second World War he served as the director of BBC European Intelligence. He has translated various authors including Fernando Pessoa, Selected Poems (Oxford: Carcanet Press, 1971). This volume brings together all of Jonathan Griffin’s translations of Luís Vaz de Camões

124 shares
Share this ArticleLike this article? Email it to a friend!
Email sent!