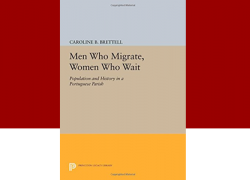 An analysis is presented of the parish of Lanheses, a northern Portuguese village particularly affected by large-scale peasant emigration, from 1700 to the present day. The author “combines demographic analysis and historical and ethnographic methods to explore its long history of predominantly male emigration, high illegitimacy rates, late marriage, moderated fertility, and frequency of female celibacy. Her discussion of Lanheses from 1700 to the present shows how these phenomena were 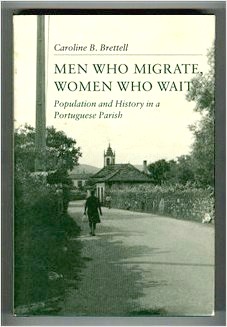 interconnected and rooted in the local economy and inheritance system.” The data are primarily taken from parish records. Consideration is given to the imbalance in the marriage fortunes of men and women and to its effect on the role of women in the community. – The author examines not only the imbalance in the marital fortunes of men and women but its effect on the roles of women in the community.

Originally published in 1987. The Princeton Legacy Library uses the latest print-on-demand technology to again make available previously out-of-print books from the distinguished backlist of Princeton University Press. These paperback editions preserve the original texts of these important books while presenting them in durable paperback editions. The goal of the Princeton Legacy Library is to vastly increase access to the rich scholarly heritage found in the thousands of books published by Princeton University Press since its founding in 1905.

Caroline B. Brettell received her B.A. degree from Yale University and her M.A. and Ph.D. degrees from Brown University. She joined the faculty of the Department of Anthropology at Southern Methodist University in 1988, and in 2008 was named University Distinguished Professor. From 1989 to 1994, she served as Director of Women’s Studies, and from 1994 to 2004 she served as Chair of the Department of Anthropology. From 2006 to 2008, she served as Interim Dean of Dedman College, the Humanities and Sciences College at Southern Methodist University. Her research interests are in the areas of immigration, gender roles, European ethnography, and anthropology and history. She is the author of Men Who Migrate, Women Who Wait: Population and History in a Portuguese Parish (1986), We Have Already Cried Many Tears: The Stories of Three Portuguese Migrant Women (1982, 1995), Writing against the Wind: A Mother’s Life History (1999), and Anthropology and Migration: Essays on Transnationalism, Ethnicity and Identity (2003); coauthor with Richard Brettell of Painters and Peasants in the 19th Century (1983); editor of When They Read What We Write: The Politics of Ethnography (1993) and Constructing Borders/Crossing Boundaries: Race, Ethnicity, and Immigration (2007); coeditor of International Migration: The Female Experience (1986), Gender in Cross-Cultural Perspective (Prentice Hall 1993, 1997, 2001, 2005), Gender and Health: An International Perspective (1996), Migration Theory: Talking Across Disciplines (2000, 2007), Citizenship, Political Engagement, and Belonging: Immigrants in Europe and the U.S (2008), and America’s Twenty-First Century Immigrant Gateways: Immigrant Incorporation in Suburbia (2008). Her most recent book, co-authored with Deborah Reed-Danahay is titled Civic Engagements: The Citizenship Practices of Indian and Vietnamese Immigrants (2012). She is also the author of numerous book chapters, and articles. Professor Brettell has served as a member of National Institutes of Health (NIH) Study Section-SNEM 3 and several selection panels for the Social Science Research Council and the National Endowment for the Humanities (NEH). She has served as President of the Society for the Anthropology of Europe and of the Social Science History Association. She has conducted field research in France, Portugal, and Canada and is currently engaged in a long-term study of new immigrants into the Dallas–Fort Worth metropolitan area with funding from the National Science Foundation and the Russell Sage Foundation.