Book: ‘Magellan: Over the Edge of the World’ – Editor’s Note 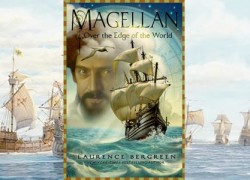 Magellan’s dramatic maritime expedition in 1519 discovered the straits that enabled Europe to trade with the Eastern spice islands and changed the course of history.

In an era of intense commercial rivalry between Spain and Portugal, Ferdinand Magellan, a Portuguese navigator sailed to explore the undiscovered parts of the world and claim them for the Spanish crown in one of the largest and best-equipped expeditions ever mounted in the Age of Discovery. Yet of the fleet of five vessels under his command, only Victoria was to return to Spain after three harrowing years, her captain murdered, more than two hundred of her sailors dead from scurvy, torture, execution and drowning, and a small, ravaged crew that survived to tell the extraordinarily dramatic story. 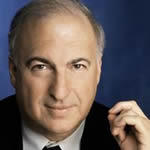 Laurence Bergreen After graduating from Harvard University in 1972, Bergreen worked in journalism, academia and broadcasting before publishing his first biography, James Agee: A Life. Bergreen has written books on historical subjects, such as Voyage to Mars: NASA’s Search for Life Beyond Earth, a narrative of NASA’s exploration of Mars, and Over the Edge of the World: Magellan’s Terrifying Circumnavigation of the Globe. Bergreen’s biography, Marco Polo: From Venice to Xanadu, is being developed into a feature film starring Matt Damon. Bergreen has written for The New York Times, Los Angeles Times, The Wall Street Journal, Chicago Tribune, Newsweek and Esquire. He has taught at the New School for Social Research and served as Assistant to the President of the Museum of Television and Radio in New York. In 1995, he served as a judge for the National Book Awards and in 1991 as a judge for the PEN/Albrand Nonfiction Award. A frequent lecturer at major universities and symposiums, and, on occasion, aboard cruise ships, he has served as a Featured Historian for the History Channel. In 2007, Bergreen was asked by NASA to name some geological features surrounding the Victoria crater on Mars, based on places Ferdinand Magellan visited. In 2008, Bergreen was a keynote speaker at NASA’s 50th anniversary event in Washington, D.C.. His most recent work is Columbus: The Four Voyages. Bergreen is a member of PEN American Center, The Explorers Club, the Authors Guild, and the Board of Trustees of the New York Society Library. He lives in New York City.