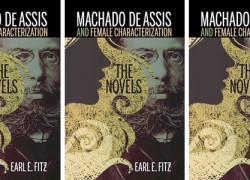 This book examines the nature and function of the main female characters in the nine novels of Machado de Assis. The basic argument is that Machado had a particular interest in female characterization and that his fictional women became increasingly sophisticated and complex as he matured and developed as a writer and social commentator. This book argues that Machado developed, especially after 1880 (and what is usually considered the beginning of his “mature” period), a kind of anti-realistic, “new narrative,” one that presents itself as self-referential fictional artifice but one that also cultivates a keen social consciousness. The book also contends that Machado increasingly uses his female characterizations to convey this social consciousness and to show that the new Brazil that is emerging both before and after the establishment of the Brazilian Republic (1889) requires not only the emancipation of the black slaves but the emancipation of its women as well.

Earl E. Fitz received his Ph.D. in Comparative Literature from the City University of New York in 1977. His

principal languages of concentration were Portuguese, Spanish, French, English, and German while his primary national literatures were those of Brazil, Spanish America, the United States, and Canada. As a doctoral student, Professor Fitz studied translation, Brazilian literature, and Spanish American literature with Gregory Rabassa, his mentor. As a Professor of Portuguese, Spanish, and Comparative Literature at Vanderbilt University, Professor Fitz has pioneered the application of comparative methodologies to the study of both Brazilian and Spanish American letters, the use of literature written in Spanish and Portuguese to comparative scholarship, and to the establishment of a new Ph.D. track concentrating on inter-American literary study. Professor Fitz also encourages a comparative approach to the literatures of Spain and Portugal and to the development of Comparative Iberian Studies as an emerging field.