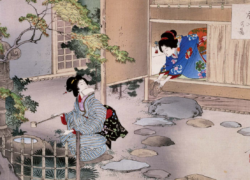 This book focuses on Luis Frois, a 16th-century Portuguese Jesuit and chronicler, who recorded his impressions of Japanese gardens, cities and building practices, tea-drinking rituals, Japan’s unification efforts, cultural traditions, and the many differences between Europe and Japan in remarkable manuscripts almost lost to time.

This research also draws on other Portuguese descriptions from contemporary sources spanning the years 1543 – 1597, later validated by Japanese history and iconography. Importantly, explorer Jorge Alvares recorded his experiences of discovery, prompting St. Francis Xavier to visit Japan in 1549, thus ushering in the “Christian Century” in Japan.

During this long period of accord and reciprocal curiosity, the Portuguese wrote in excess of 1500 pages of letters to European Jesuits that detail their impressions of the island nation―not to mention their observations of powerful public figures such as Oda Nobunaga, Toyotomi Hideyoshi, and Sen no Rikyu. In addition to examining these letters, the authors translated and researched early descriptions of 23 gardens in Kyoto and Nara and 9 important cities―later visited by the authors, sketched, photographed and compared with the imagery painted on 16th-century Japanese screens.

However, the data gathered for this project was found mainly within five large volumes of Frois’ História do Japão (2500 pages) and his Treaty on Contradictions―two incomparable anthropological works that were unpublished until the mid-20th century for reasons detailed herein. His volumes continue to be explored for their insightful observations of places, cultural practices, and the formidable historical figures with whom he interacted.

Thus, this book examines the world’s first globalization efforts that resulted in profitable commerce, the introduction of Portuguese firearms that changed Japan’s history, scientific advances, religious expansion, and many artistic exchanges that have endured the centuries.

Guida Carvalho is associated with the Lisbon University  School of Agriculture (ISA), the largest and most qualified school of graduate and post-graduate degrees in the Agricultural Sciences in Portugal, recognized nationally and internationally. 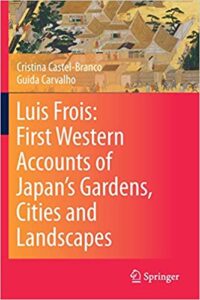