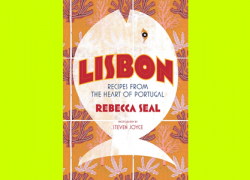 Accessible and authentic recipes from the beautiful Portuguese capital.

Full of history, great food, and bursting with character, Portugal’s capital is one of Europe’s most charming cities. In Lisbon, Rebecca Seal shares her favorite recipes, inspired by her travels.

Set on seven hills, Lisbon features world-class beaches, city views, and wild forests. And the food is as diverse as the surroundings—there’s so much more to it than just cod and custard tarts.

From the bars of Bairro Alto to the cafes in Chiado, there’s something for everyone. All set to the stunning backdrop of eighteenth century buildings, ornate churches, nostalgic trams, and pastel-colored houses, Lisbon is a stunning cookbook. 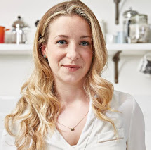 Rebecca Seal is a journalist, editor, TV presenter and author based in London. She specialize in food, drink, travel, lifestyle and human interest features. Her work has been published in the Financial Times, Evening Standard, Guardian, Sunday Times, Times, Sunday Telegraph, Observer, Olive, Glamour, Red, Grazia and Psychologies in the UK, as well as the Globe and Mail and The Australian. Rebecca’s latest cookbook is called Postcards from Greece: recipes from across the Greek seas and was first published in September 2014. Her previous book, Istanbul: recipes from the heart of Turkey came out in July 2013. Both were published in the USA and Australia, and are available in various other languages. 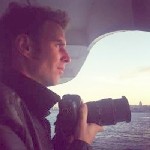 Steven Joyce was born in Bristol, England, and studied photography at Filton College. In 2003 he moved to London to work for Magnum Photos. After leaving Magnum his work has featured in many publications including The Times, The Guardian, The Observer, The Telegraph, The Financial Times, The Evening Standard, Elle Deco, Monocle and ES Magazine…His work has been exhibited at Host Gallery, Crane Kalman Gallery, The Mall Galleries and The Garden Museum.