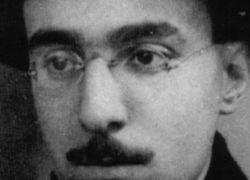 A Critical Introduction proposes a new didactic and dynamic way of reading the great twentieth-century poet Fernando Pessoa (1888–1935). The aim is to present a holistic vision of this complex poet, promoting his literary geniality in order to better understand his orthonymic-heteronymic poetry. A guiding motif is Pessoa’s own “Be as plural as the universe.” In leading the reader through the poet’s published literary work Jerónimo Pizarro allows an intimate perspective, alongside an academic one, to better understand the workings of Pessoa’s mind and life.

Discussion centres on the dilemmas an editor faces when editing posthumously. A prime question revolves around the genesis of Pessoa’s heteronyms and orthonyms. Understanding is revealed by a critical perspective on the unity that exists in all of Pessoa’s literary work. Interpretations of the poems; explanation of the profundity of The Book of Disquiet; and his isms of Paulism, Caeirism, Intersectionism and Sensationism, are discussed and analysed. The issue of Pessoa’s astrological predictions – his birth year and the effects of this event on Portuguese national history – is debated. A chapter is devoted to the effect that translating Omar Khayyam’s Rubáiyát had on the poet.

The work contains eleven texts written by Pessoa in English (including an autobiographical note from 1935), a substantive dual language bibliography, and is highly illustrated with facsimiles of the poet’s own written material. A Critical Introduction is essential reading for all scholars and students of Pessoa’s literary output and life circumstances. The work has been written to appeal to cultural studies (arts and aesthetics) enthusiasts in general at both undergraduate and postgraduate level, but given the engagement of new critical material it also provides a structured resource for future research.

Dr. Jerónimo Pizarro, Professor at Universidad de los Andes, holder of the chair of Portuguese Studies of the Camões Institute in Colombia, and winner of the Eduardo Lourenço Award (2013), is responsible for most of the new editions and new series of texts by Fernando Pessoa published in Portugal since 2006. He is also a critic, a translator, and the editor-in-chief of the journal Pessoa Plural – A Journal of Fernando Pessoa Studies.