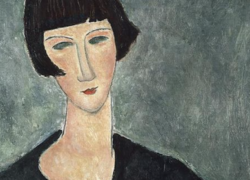 For ten years Dora has ritualistically mourned her husband’s death, a pointless ritual that forced her to rely on support from old friends and acquaintances. Her beloved husband, a “Christ” so principled he rejected any ambition whatsoever as a construct of a corrupt society, succeeded only in leaving Dora and their daughter with nothing. When her mother-in-law reveals a shattering secret about their marriage one night, Dora’s narrative of her own life is destroyed. Three generations of women―Dora, her daughter, and mother-in-law―must navigate a world that has been shaped by the blundering men off in the distance, figures barely present who nonetheless define the lives of the women they would call mother, wife, or lover.

Narrated through the gritted teeth of an acquaintance, Empty Wardrobes―Maria Judite de Carvalho’s cutting 1966 novel, translated from Portuguese for the first time by Margaret Jull Costa and introduced by Kate Zambreno―is a tale of women who are trapped within the quiet devastation of a patriarchal society and preyed upon by the ambient savageries that perch in its every crevice.

“A book about how men betray women, and how women betray each other…a work that does not hesitate to expose the cruelties and power grabs that lie beneath marriage, and how quickly society discards aging women.” ―Rhian Sasseen, The Paris Review

“The first by this towering Portuguese novelist to be translated into English…A still, luminous book whose precise characters evoke broad truths about the human experience.” ―Kirkus Reviews (starred review)

“Sharp…This unearthed story leaves readers with much to chew on.” ―Publishers Weekly

“A remarkable, necessary novel about women disposed of by men, about isolation and suspension and damage, with an acute perceptiveness that will pierce your mind. Dora, Manuela, Ana, Júlia, Lisa. These women will remain long after the middling men who have abandoned them fade away, as will Empty Wardrobes, finally, thankfully, translated into English.” ―Amina Cain, author of Indelicacy

Maria Judite de Carvalho (1921-1998) is widely considered one of Portugal’s most important writers of the second half of the twentieth century. Born and educated in Lisbon, with a secondary education in France, Carvalho’s work spans painting, journalism, and fiction, with a specialization in the short story and novella forms. A writer of great concision with an eye on modernization, the changing politics of Portugal, and the effect of contemporary life on everyday people, especially women, Carvalho published widely and to great critical acclaim in her time. Empty Wardrobes is her first work available in English.

Margaret Jull Costa has been a literary translator for nearly thirty years and has translated works by novelists such as José Maria de Eça de Queiroz, José Saramago, Fernando Pessoa, and Javier Marías, as well as the poetry of Sophia de Mello Breyner Andresen and Ana Luísa Amaral. She has won various prizes, most recently the 2015 Marsh Award for Children’s Literature in Translation for Bernardo Atxaga’s The Adventures of Shola.