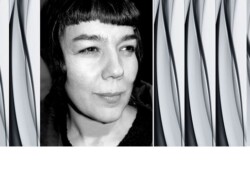 When a young woman is subjected to a violent attack, the impact of colonialism, patriarchy, and who we choose to love are thrown into sharp relief. Daria is an immigrant woman living in Toronto, and as she begins to tell her story, the reader is pulled into different worlds, travelling to various timeframes and locations in an unending awe-inspiring Matryoshka play, where one story leads to another and another and another.

The novel explores the stories of multiple characters—the Indo-Portuguese-Canadian sexual predator; the idealist and resilient Mozambican freedom fighter; the wondrous Iberian Roma circus; the Christianized Muslims and Jews; the mystical Nubian master who knows how to capture black matter; the fascist dictator whose ruthless cousin delivers unthinkable punishments inside the closed walls of Tarrafal, the infamous Cape Verdean prison of the Portuguese colonial regime—and countless other personalities, some wretched, some redeemable, some otherworldly, who defend visions and ideals and fight for dignity, power, and recognition.

Moving back and forth between Canada, Portugal, Mozambique, and Cape Verde, Daria is a magical realism historical novel where fact and fiction intermingle to create a spellbinding world of complex political, familial, and cultural dynamics.

Daria is a novel about a young immigrant girl trying to find her way in a new (but also very old) world, where patriarchal networks abound. Daria’s story is bound to multiple characters, their individual stories forcing the reader to see the world with different eyes: an Indo-Portuguese-Canadian sexual predator; an idealist and resilient Mozambican freedom fighter with an insatiable thirst for virgins; an exquisite Iberian Roma circus–Iberian Christianized Muslims and Jews; a Nubian master who knows how to capture black matter; a searching Caribbean-Canadian diversity director and wannabe African; a fascist dictator whose ruthless cousin delivers unthinkable punishments to anti-colonial combatants inside the closed walls of Tarrafal, the infamous Cape Verdean prison of the Portuguese colonial regime–and countless other characters, some wretched, some redeemable, some spiritually pristine, and some otherworldly, defending visions and ideals, fighting for dignity, power, fame, and recognition. The novel goes back and forth between Portugal, Canada, Mozambique, and Cape Verde to display and juxtapose specific cultural, historical, and familial contexts, where the intimate and personal intermingle with the collective of the world at large. When Daria is subjected to a violent attack, the impact of colonialism, patriarchy, and who we choose to love are thrown into sharp relief. – From the cover

Irene Marques is a bilingual writer (English and Portuguese) and Lecturer at Ryerson University in the English Department, where she teaches literature and creative writing. She holds a PhD in Comparative Literature, a Masters in French Literature and Comparative Literature and a BA (Hon.) in French Language and Literature all from the University of Toronto and a Bachelor of Social Work from Ryerson University. Her literary publications include the poetry collections Wearing Glasses of Water (2007),The Perfect Unravelling of the Spirit (2012), and The Circular Incantation: An Exercise in Loss and Findings (2013); the Portuguese language short-story collection Habitando na Metáfora do Tempo: Crónicas Desejadas (2009) and the novel My House is a Mansion (2015). Her academic publications include, among others, the manuscript Transnational Discourses on Class, Gender and Cultural Identity, and numerous articles in international journals or scholarly collectives, including African Identities: Journal of Economics, Culture and Society; Research in African Literatures; A Companion to Mia Couto; Letras & Letras; InterDISCIPLINARY: Journal of Portuguese Diaspora Studies; African Studies; and Portuguese Studies Review. Her Portuguese-language novel, Uma Casa no Mundo, won the 2019 Imprensa Nacional/Ferreira de Castro Prize and is now published by Imprensa Nacional Casa da Moeda. She lives in Toronto.