Book: ‘A Narrative of Denial: Australia and the Indonesian Violation of East Timor’ by Peter Job – Editor’s Note 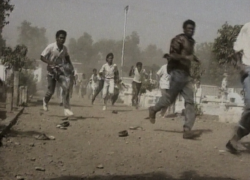 The Indonesian invasion of East Timor in 1975 led to a prolonged conflict, severe human rights abuses and a large loss of life. From 1975 to 1983 the Indonesian military’s campaign of ‘encirclement and annihilation’ destroyed rural food resources, creating the famine that took most of the lives lost during the occupation. The Australian governments of Gough Whitlam and Malcolm Fraser presented themselves as advocates for human rights and the international rule of law, while viewing relations with Indonesia as key to their foreign policy objectives. These positions came into conflict due to the Indonesian invasion of East Timor.

Based upon an extensive study of Australian foreign affairs archives, as well as interviews, A Narrative of Denial demonstrates how the Australian government responded to the conflict by propagating a version of events that denied the reality of the catastrophe occurring in East Timor. It worked to protect the Suharto regime internationally, thereby allowing it to continue its repression relatively unhindered. This remarkable story will unsettle existing perceptions of how Australia operates in world affairs.

Indonesia’s military dictatorship invaded the small territory of East Timor (then Portuguese Timor) in December 1975. Up to a fifth of the East Timorese population perished during Indonesia’s 24-year occupation (1975-1999), a similar proportion to the Cambodians who died under the Khmer Rouge regime of Pol Pot (1975-1979). As Indonesian forces finally left the territory in 1999, they massacred over a thousand civilians and burned down eighty percent of the buildings in the country. More @ Yale University Genocide Studies Program

Peter Job was involved in the East Timor support movement during the Indonesian occupation, including working on the radio link to Fretilin in 1978. He has a PhD in International and Political Studies from the University of New South Wales in Canberra.