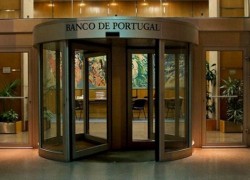 According to data released by the Bank of Portugal (BP) Thursday, remittances sent home from the Portuguese leaving abroad showed a 17.7% surge in the first five months of this year, breaking the Euro 1,049. 3 million mark, compared to the same period in 2011.

Yet, according to the source, in the first five months of the year, deposited remittances from Portuguese expatriates have dropped 8.9 percent, from Euro 37. 3 million in 2011, to Euro 34 million in the same period in 2012.

The single most important source of remittances was France, sending home over Euro 343.9 million, followed by Switzerland, which sent home Euro 239.7 million.

According to the Bank of Portugal, in 2010 Portuguese immigrants worldwide had sent home over Euro 2,403 million — more Euro 122.3 million than in 2009. It is estimated that over five million Portuguese live abroad.