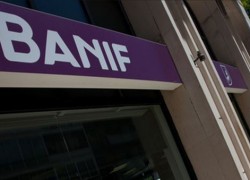 Following reports by the Portuguese media, that Banif (Banco Internacional do Funchal) could collapse and close its doors, chairman Jorge Tomé assured Monday that there are no plans to close the troubled bank.

In a television interview, Jorge Tomé said that the bank’s liquidity levels are “comfortable,” revealing that six international investors are considering buying the failing bank. He also clarified that the Portuguese government, which owns 60% of Banif, plans to sell its stake to a strategic investor.

On Tuesday, Banco de Portugal (Portugal’s national bank) together with the Ministry of Finances issued a statement assuring full protection of depositors and taxpayers.

Banif Bank, managed by the Banif Financial Group, offers a vast range of services to customers in Portugal, including Madeira and the Azores, and the many Portuguese immigrant communities in the United States, Canada, Bermuda, Venezuela, South Africa, United Kingdom, Spain, and Brazil, which represent a major source of business for the bank.

In 2014, Banif reported a net loss of €295 million, following a loss of €470 million in 2013.  Portugal’s government injected €1.1 billion of fresh capital into Banif  in 2013 to allow it to meet minimum capital thresholds imposed by the banking regulator. The government subsequently submitted a restructuring plan for Banif, which was amended several times, most recently in October 2014.