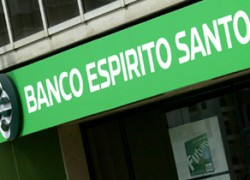 Banco Espirito Santo (BES), based in Lisbon, Portugal, and its affiliate Espirito Santo e Comercial de Lisboa Inc., has agreed to pay a $1.9 million in fines for civil penalties to 1,393 investors in New Jersey to settle an investigation into allegations that it sold unregistered stocks and bonds.

BES, under investigation by the New Jersey Bureau of Securities, has agreed to cancel the securities it sold as a part of the settlement.

According to the New Jersey Division of Consumer Affairs, BES sold or offered to sell unregistered investments, including stocks and bonds, to existing bank customers in New Jersey via telephone solicitations and direct mail.

BES representatives and agents making these solicitations were not registered with the Securities Bureau as legally required.

In 2010, BES has agreed to return more than $1.7 million dollars to 700 customers in Massachusetts, whom the state said BES sold risky investments, without being licensed. Among the products offered by Banco Espirito Santo were mutual funds and index funds among security baskets.

Banco Espirito Santo, Portugal’s second largest commercial bank, together with its subsidiaries, provides a range of financial products and services, including credit and debit cards, loans, asset management, brokerage, investment and insurance. It operates through a network of 734 branches, 22 Private Banking Centers and 26 Corporate Centers worldwide.